Copyright 2011, CABS for Reflections From the Fence 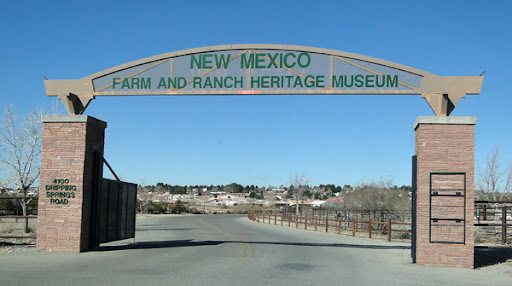 This jewel is located in Las Cruces,  over toward the Organ Mountains, so they have several acres to display animals, buildings, equipment and more.  They have a beautiful building and the displays inside are well done.  We would encourage anyone in the area to visit. 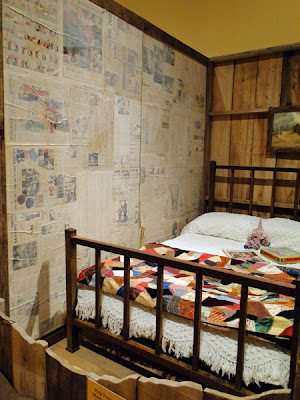 Above, in the exhibit about the Dust Bowl era.  I was intrigued by the newspaper wallpaper.  Not sure if it is the real deal or a reproduction. 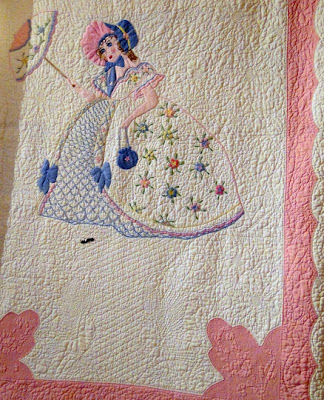 Above:  There were several lovely old quilts hanging, including this one, "Maiden With a Parasol", quilted by Joy Pullock, about the late 1930's.  The signage says it was hand stitched with the "Imagery done in the colcha stitch".  (I have purposely only included part of the quilt, to share with you the fine works here at the Museum.   Please do NOT borrow this photo or image from Reflections.) 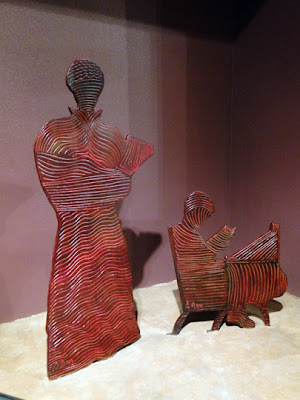 Part of the display about the people(s) of New Mexico.  Wonderful, yes!  YES!

There were displays of old post offices, including the wall of mail boxes.  There were some delightful rooms set up, such as a typical front room, and kitchen. 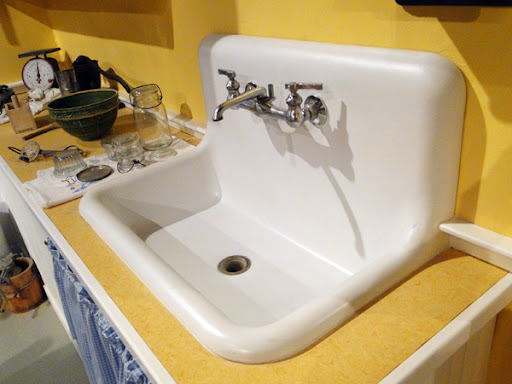 Above:  Look at the condition of this sink.  I wouldn't mind having this in my home, even in Tana, well, maybe not Tana, it weighs toooooo much!  But, that is A REAL sink, eh??

There were some informative displays explaining the crops grown in New Mexico, including pecans (did you know they shake the pecans out of the trees?).  There was a bale of cotton displayed, 480 pounds, enough cotton to make 2000 pair of socks!  Of course there was a display about chilis (and a good part of one hall way was also currently dedicated to chilis as well) and cows (milk).

In other hallways they have local art displayed.  It was wonderful! 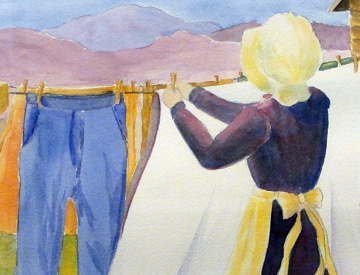 Above:  PART of the work, "Her Rural Itinerary - NM 1890's", by Jan Addy.  Only showing part, copyright and all that.  Please do NOT copy this image from Reflections.

There are several "play" areas for the little ones (children and grandchildren), delightfully set up with farm tractors, or saddles or farm kitchens.

Outside, you will find the farm animals, the farm equipment, some buildings, and even, the "Green Bridge" 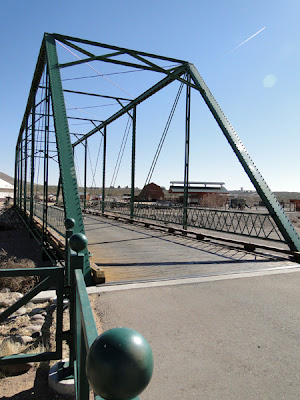 The Green Bridge is the oldest steel highway bridge in New Mexico.  This is actually one part of three that made up that bridge that spanned the Pecos River near Roswell New Mexico.  It was built in 1902, remained in service until 1937.  The center span was later moved to Rio Hondo, where it was painted "graphite" green, it became known as the "Green Bridge", and remained in use until 1989.  It came to the museum in 2007.

The New Mexico Farm and Ranch Heritage Museum, Las Cruces, New Mexico, put it on your bucket list!  You won't be sorry.

Oh my...what a wonderful post! I especially like the "Maiden with a Parasol" and "Her Rural Itinerary"! Thanks for sharing!!

That museum has just made it onto my "must-see" list - thanks for posting about it!

Thanks for sharing, the quilt was particularly beautiful! I went to Santa Fe once and it was wonderful - would love to see more of the state.