South Jetty at Mouth of Columbia River, A Whale Sighting :: THE Trip, THE Encore' 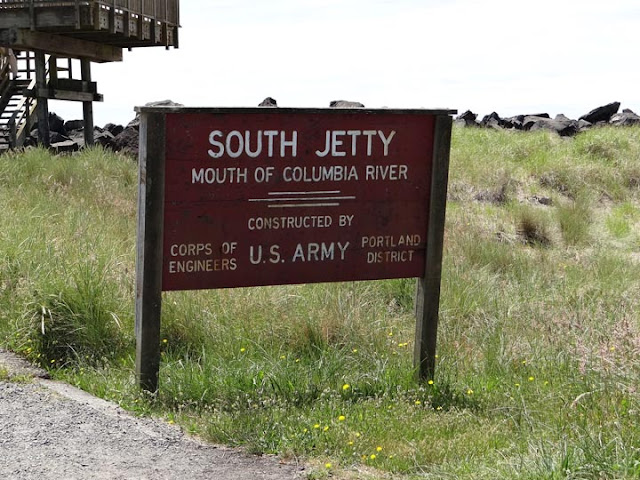 After viewing the Peter Iredale Wreck we stopped at the South Jetty, at the Mouth of the Columbia River.  This, is, according to signage, still considered to be part of Fort Stevens State Park.

There is a viewing deck there, for whale watching. I spotted this interesting cloud formation, I believe it is considered a "shelf" cloud: 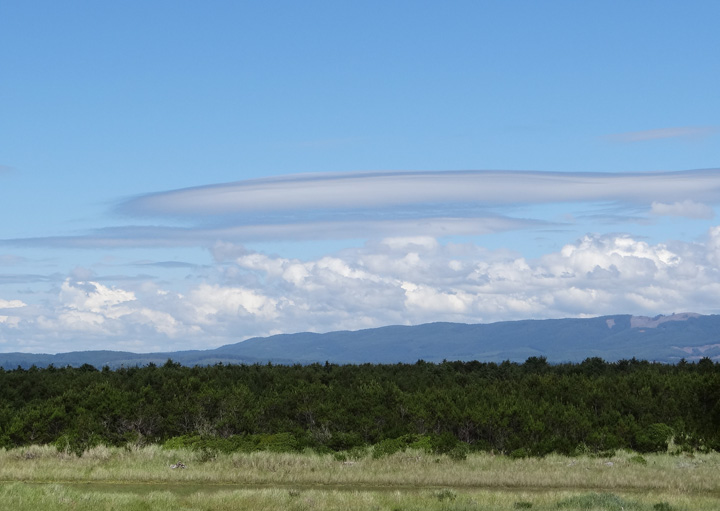 Tis a nice beach along here: 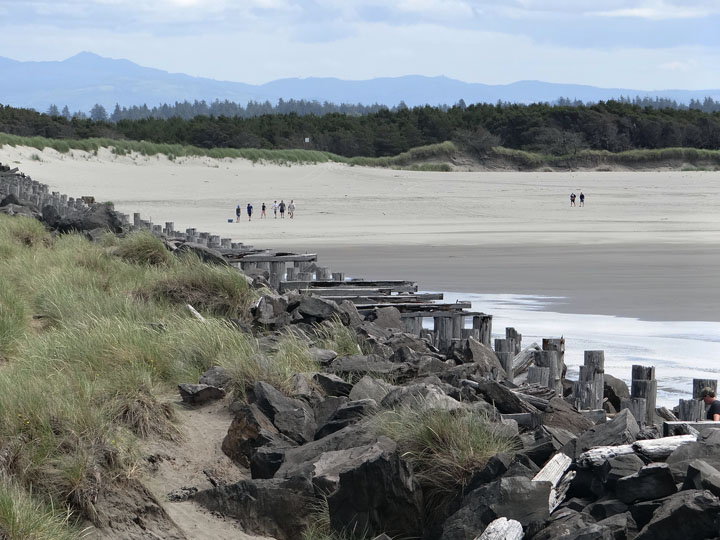 Looking east and a bit north, towards Astoria. We never did get there, as we had a change of plans what with the landing gear breakdown.  The beach is pretty, isn't it? 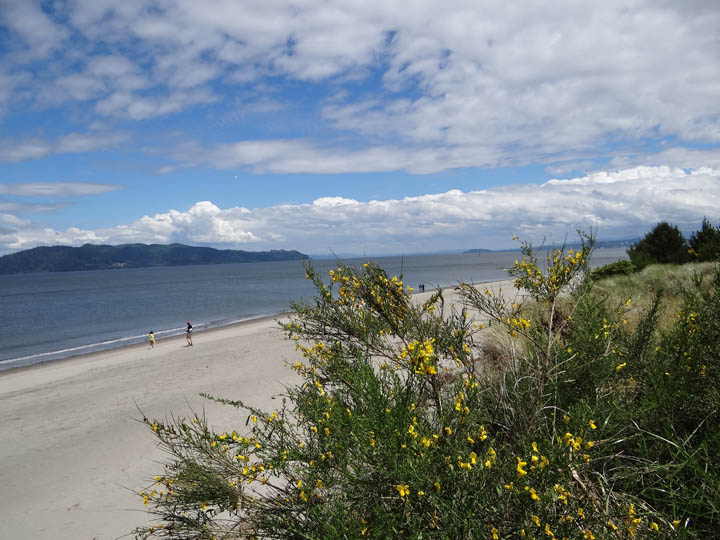 Here was our first sighting, thar she blows (or he?).  We were in the area past the dates when the whales are normally traveling from south to north. 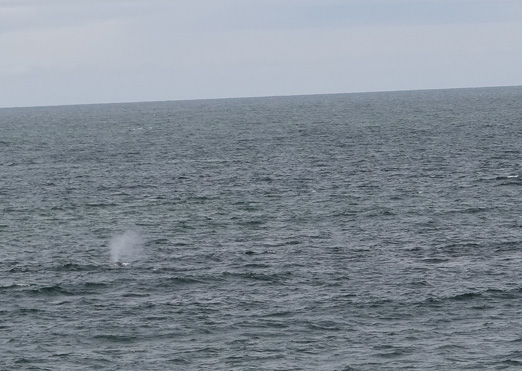 I waited a while and then was able to get these next three shots very quickly.  Nothing very spectacular, but, it was our best whale sighting of the trip.  So, yes, I left whale watching on the bucket list for another time - - hopefully. 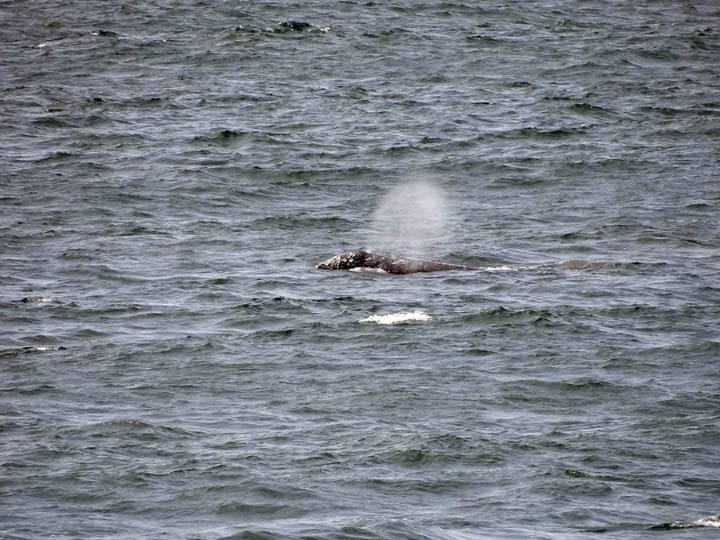 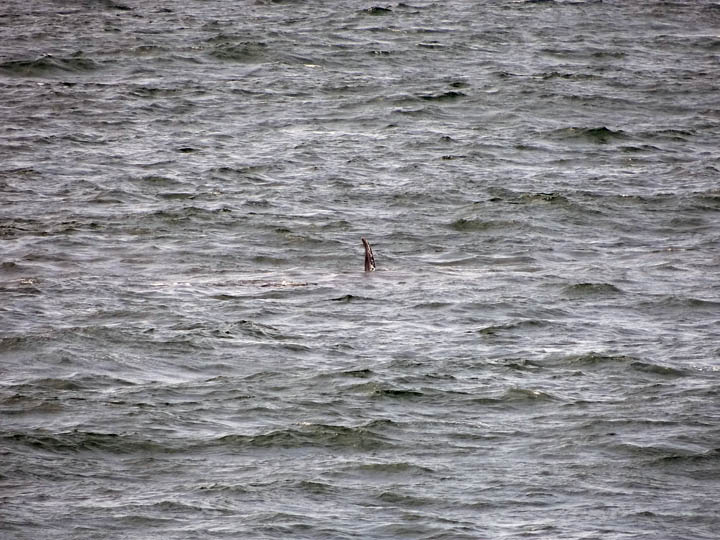 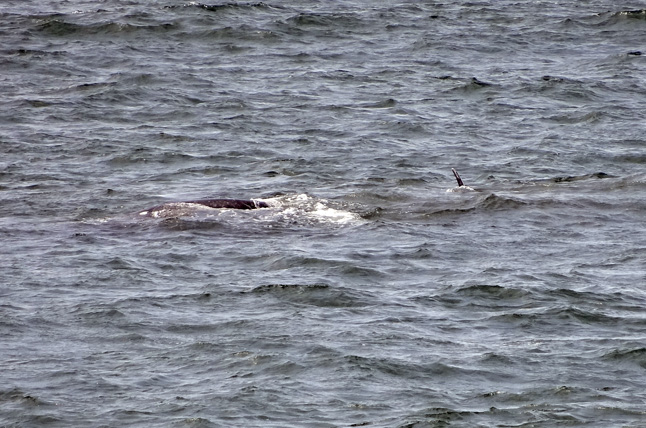 Our last stop of the day is at Battery Russell and Fort Stevens, including, yes, the cemetery.