A must see along the Oregon coast is the Heceta Head Lighthouse.  Named after the Spanish explorer Bruno de Heceta. The lighthouse was first lit in 1894 and was automated in 1963.  It is 56 feet tall and can be seen 24 miles out to sea.  The lighthouse and the keepers quarters were placed on the National Register of Historic Places in 1978 for its architectural and engineering significance.

We were driving south, so, we stopped first at the scenic view point.  We did not walk to the lighthouse, we were not aware that two days later it would be reopened after a two year rehab project.

Of course, there is a lovely bridge nearby: 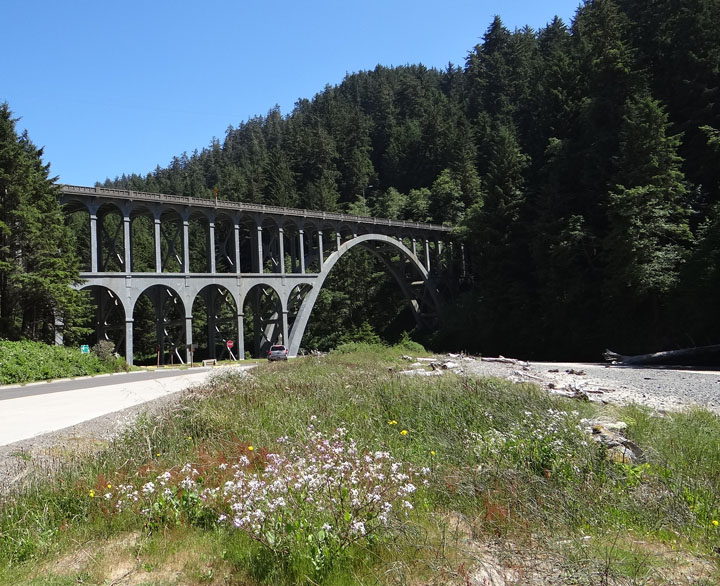 This fella was enjoying a romp and play time in the water: 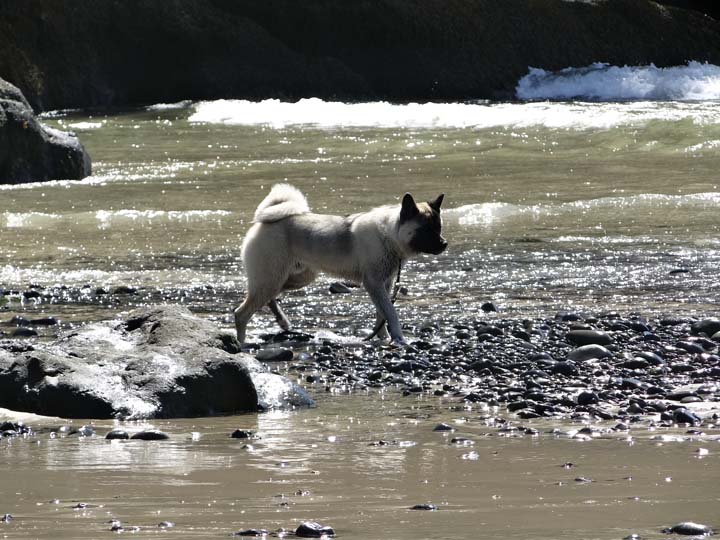 Keepers quarters, up there on the right hand side.  Probably took the photo for the outstanding rock formations in the water and the sandy beach.  You cannot see the lighthouse from this vantage point. 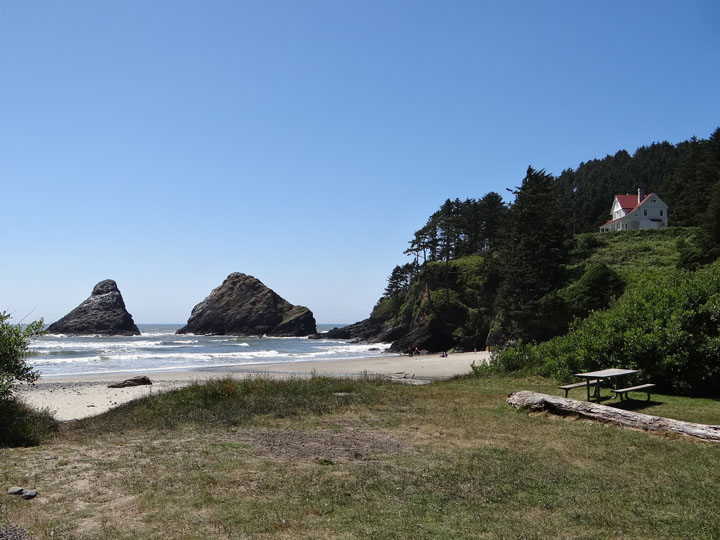 We drove south along the coast, stopping at every single pull off I could find.  (Tana was safe in a campground.)

Because just one photo is not enough of this gorgeous lighthouse and coastline. 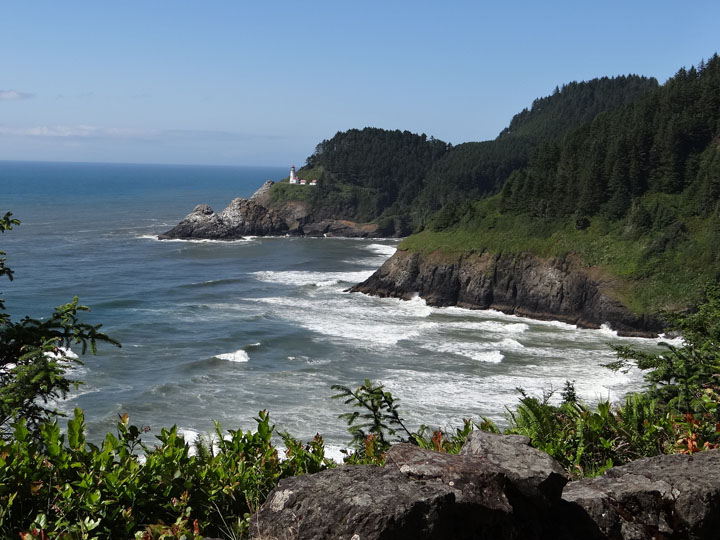 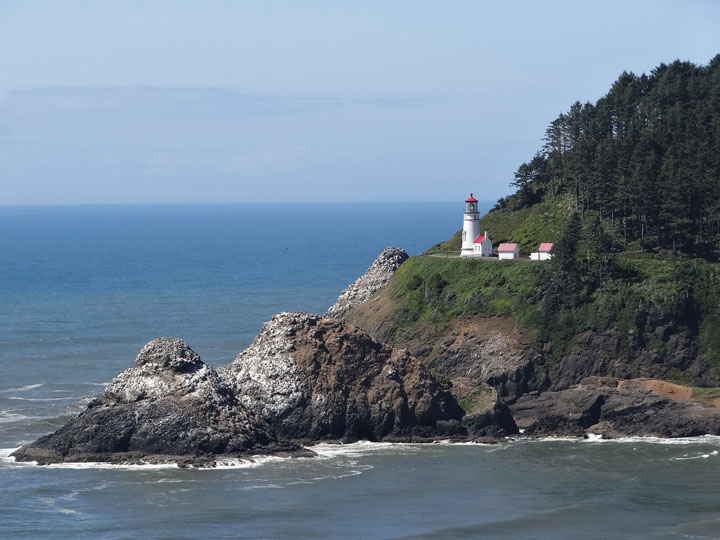 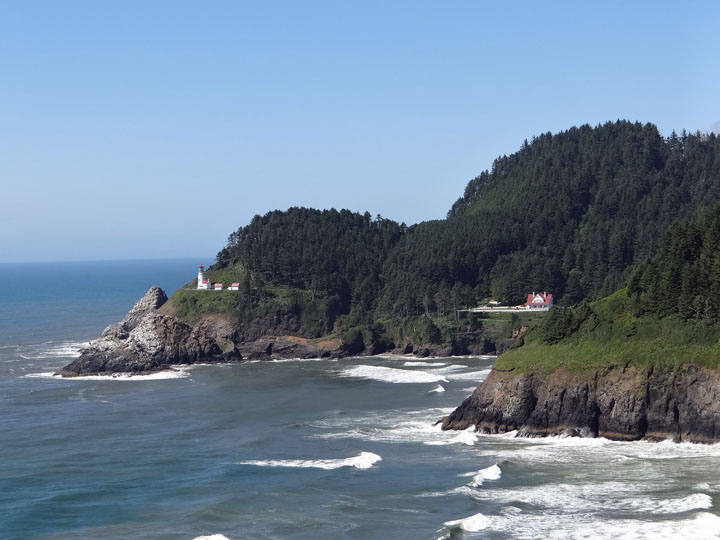 So, Sony Too and I decided to have fun (I have a simple clean fun theory, if it makes me giggle, I am good to go). Can you see the difference in the next two photos? 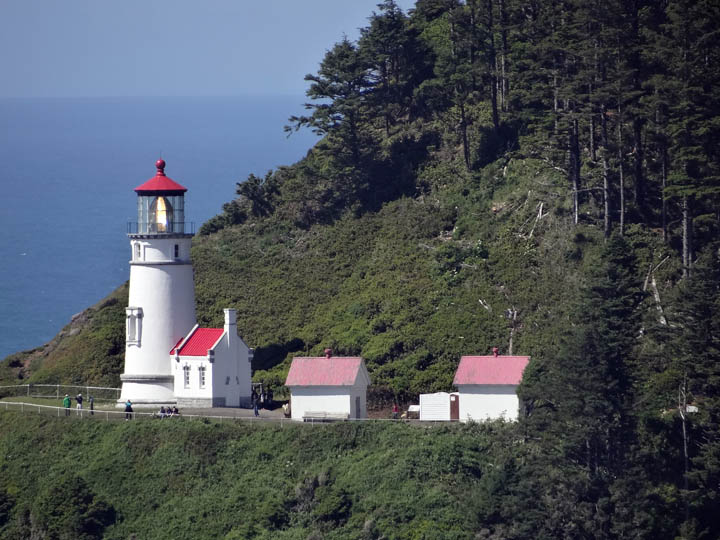 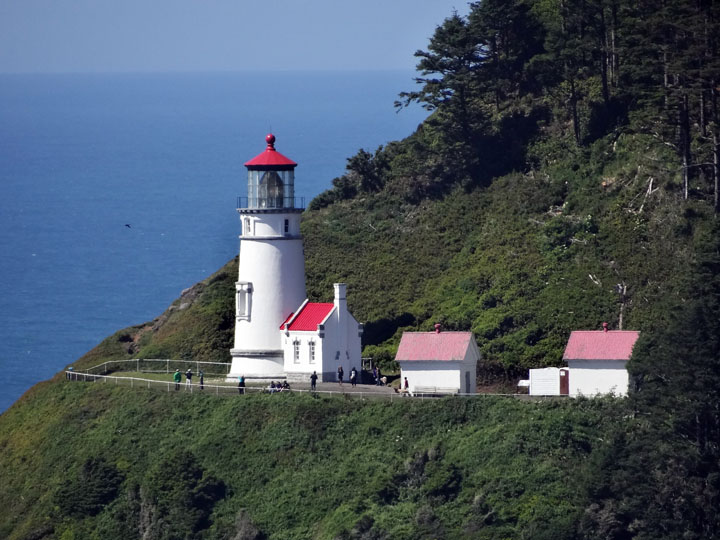 Did you guess that I was trying to capture the light blinking??  On, off, on, off - -

Further down the road, another pull off. 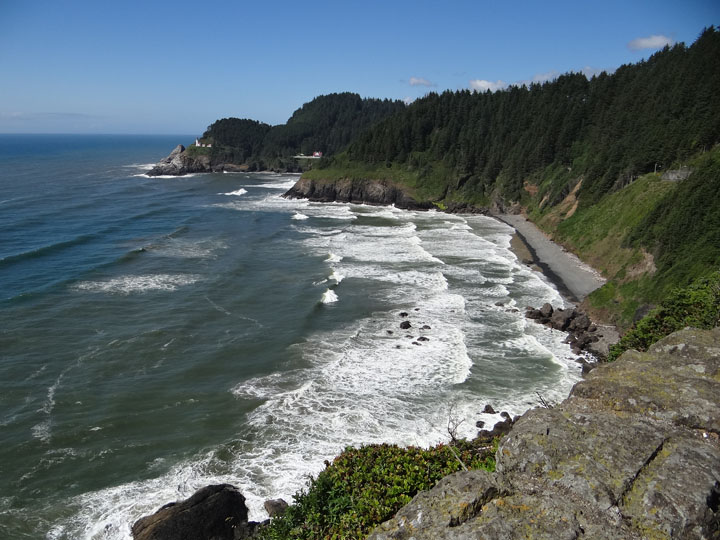 As always, I look around in all directions, up, down, north, south, left, right.  Here is "down". 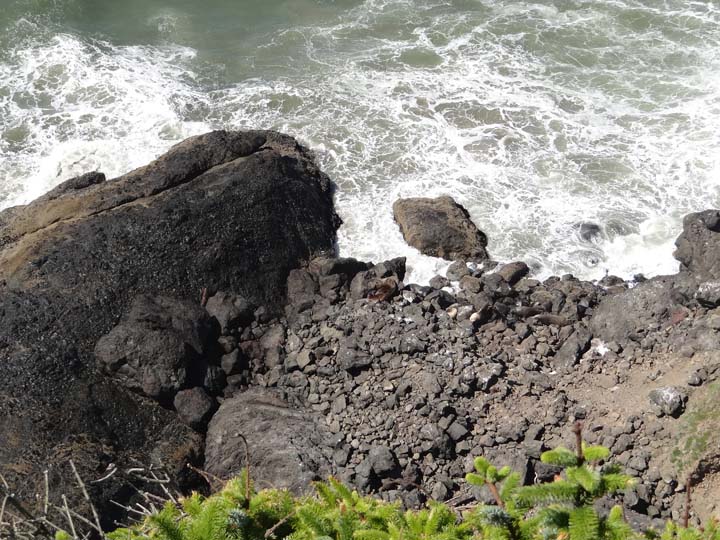 ZOOM - - And, lookie see what is down there, well disguised.  Nap time! 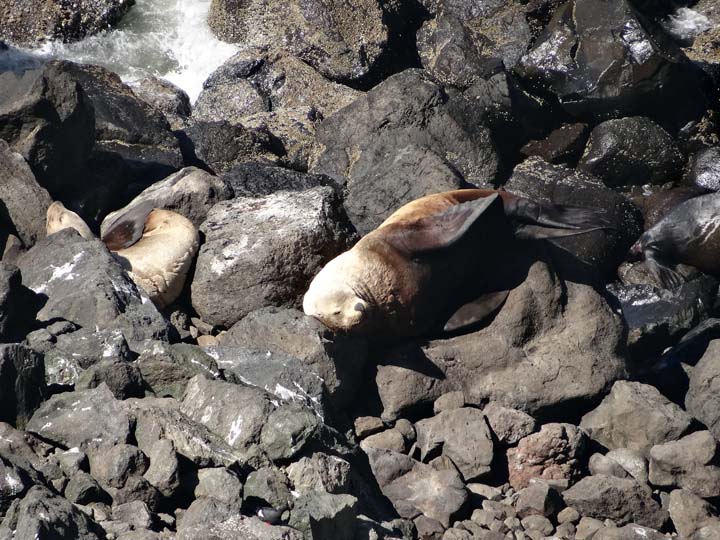 We finished the day by driving, in part, on Otter Crest Loop.  I do believe this guy has a view that is remarkable: 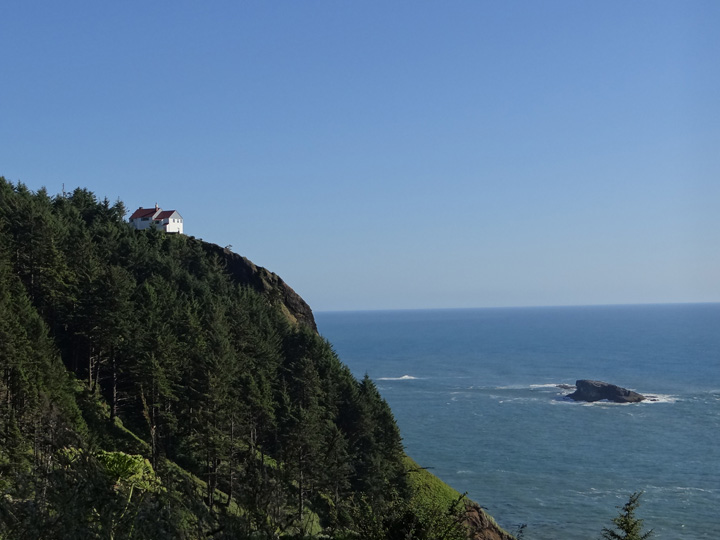 So, the last 4 posts have covered one day trip in Oregon.  I only took about 320 photos this beautiful June day in 2013.

Next, we will head up the coast a bit more.